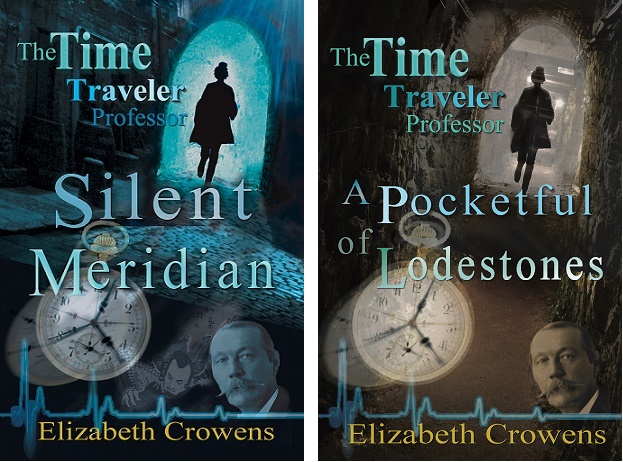 Come and meet New York-based author, Elizabeth Crowens, who will discuss how metaphysics, magick and the paranormal have been used and often disguised within science fiction, fantasy and horror novels to appeal to more general audiences. Famous occult initiates such as Dion Fortune, Sax Rohmer, W.B. Yeats and Aleister Crowley have attempted their hand at fiction, but their notable contributions still remained in their scholarly non-fiction works, read and understood by a select few. Even Arthur Conan Doyle, one of the featured characters in Crowens’ books, was fascinated by seances and Spiritualism. Crowens attempts to level the playing field and bridge the theoretical with the fantastic in her alternate history/fantasy noir novels, Silent Meridian and A Pocketful of Lodestones from the Time Traveler Professor series, available now.

Elizabeth Crowens has worn many hats in Hollywood for over 20 years, is a black belt in martial arts, a Sherlock Holmes fan and is a contributor to Sherlock Holmes Mystery Magazine and of author interviews for Black Gate, an award-winning speculative fiction online magazine. She also has short stories in the Hell’s Heart anthology and the Bram Stoker Award nominated anthology, A New York State of Fright. She also writes in the Hollywood suspense genre and tends to inject her work with black humour.