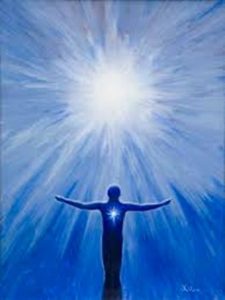 TV has finally picked up something interesting. It has always irked me that the “advisors” on occult series seem to know very little about the occult. Neither have they picked up on the fact that there might be a reason for God aka “Dad” to ask his firstborn, the Light of the Morning, to be His opposite (in reference to the TV series, Lucifer). Dolores has been saying for years there is nothing without an opposite. The Perfect God must have an Imperfect reflection. To create a universe and fill it with intelligent life, albeit in different forms, requires enormous power and a clear idea of what it will entail.

The unimaginable will, power and forethought needed to bring about an event of that nature, would require a sacrifice of equal power and proportion to match it . Who would a Universal Creator turn to, who else would HE/IT ask but the first of all willing sacrfices, the brightest, most beautiful, most loving of His creations? The Firstborn.  Think of the symbolism. The serpent is Lucifer’s symbol, in the West a feared life form, in the East where the sun rises a symbol of wisdom.

To take the blame for the evil humanity has done since it was created (and God must often regret that) and allow itself to become the most feared and hated Being of all time, to be the Hanged Man, the eternal sacrifice, requires an Entity close to  the perfection of  God Himself. Who else but the Firstborn, the Star of the Morning, the Light Bringer. By showing Humanity its dark side, it can turn us to the Light. Perhaps the time is right to take a new look at The Star of the Morning and see through the apparent veil to the self-sacrificing  glory behind it.

We hope that you’re able to attend another fascinating evening with Dolores Ashcroft-Nowicki and look forward to seeing you here.  We will need you to pay in advance to reserve your place, so please either click here to be taken to PayPal (which will allow you to pay online even if you don’t have a PayPal account – just use the “checkout as a guest” option) then email the Shop with a contact phone number in case we need to get in touch, or call 020 7405 2120 if you would prefer to reserve and pay over the phone.