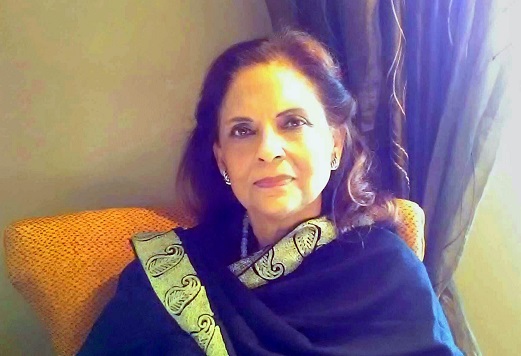 We are delighted to be welcoming Ipsita Roy Chakraverti to The Atlantis Bookshop for what promises to be an incredibly interesting life journey culminating in the establishment of Wicca in India.  Read on for further details to whet the appetite.

In India, a country beset with superstition and violence against women, Ipsita Roy Chakraverti chose to stand up and call herself a witch, a ‘daayan’, a word feared and hated in the country. Her journey into Wicca started when she was a young girl in Montreal, Canada. Her father, Debabrata Chakraverti was posted as India’s Permanent Representative to the Council of International Civil Aviation Organisation of the United Nations and Ipsita was living with her parents there. Her mother, Roma, was from the royal house of Cooch Behar in Bengal and Mayurbhanj in Orissa, who understood the blend of both the old aristocratic and that which was new and modern. Her own father was Nishith Sen, Mayor of Calcutta in pre-independence India. It was while in Montreal, that Ipsita met a group of remarkable women, led by a Spanish head, who delved into the study of old worlds, and traditions, combining academic learning with real experiences of phenomena which often defied orthodox reason. Years later, when Ipsita returned to her country, she took on lobbies with vested interests who would use the word ‘witch’, to fan the flames of superstition and persecute innocent women in rural India. Many hated her for stopping their various agendas– for they feared to touch an aristocrat, who bore the mark of privilege and knowledge. It was in this country, India, that Ipsita’s journey into Wicca became both that of esoteric learning and experience as well as that of a social activist. In this talk, Ipsita will speak about her startling experiences and her journey and how Wicca survives in modern day India.

Ipsita is India’s foremost authority on Wicca and an author and researcher into old world cultures and civilisations. She is the founder of The Wiccan Brigade and The Young Bengal Brigade, organisations which delve into research and study of the unexplained and which are at the forefront of bringing about a pagan revival in the country. Her books include the bestselling ‘Beloved Witch’, ‘Beloved Witch Returns’, ‘Sacred Evil: Encounters with the Unknown’, ‘Spirits I Have Known’ and ‘The Voice of the Priestess’.

It is important to reserve your place by paying in advance for this workshop, so please either click the PayPal button below (which will allow you to pay online even if you don’t have a PayPal account – just use the “checkout as a guest” option) then email the Shop with a contact phone number in case we need to get in touch, or call 020 7405 2120 if you would prefer to pay over the phone.  Please note that we can only offer a full refund for any cancellations notified to us at least 48 hours before the event.